Thanks to Daniel A. da Silva (PhD student at Universidade de Blumenau, Brazil), you can now pre-process your hemispherical images using Python code instead of Matlab. Daniel translated the code for us. Credits along with Daniel’s contact e-mail can be found in the introduction of the code.  Download here: https://drive.google.com/open?id=1WZmhc9SNSF3Gk6IMp3pR6ACpB1eZcXoV

I tried uploading as file to the blog, but unfortunately python codes are not allowed. For feedback: write to us or Daniel. Thank you.

Rapid estimates of  ground vegetation cover made easier with this app. This looks like a great tool to use in the field working in grasslands, degraded grasslands, croplands and generally low-height vegetation types. I am so excited about this, I advertise it before I even tried it. I am off to the field some time soon, so will updated on the tool’s usefulness once I gathered some data.

I (and Izzy, now 10 months old) just returned from Beijing, following two days of listening to talks about forests, their status and biodiversity, and their future. Funded by Forestry University, Beijing, the meeting (First GFBI Conference ever)  was fun, engaging and very international, many of the speakers being members of the Global Forest Biodiversity Initiative:http://www.gfbinitiative.org/

I also presented some of the findings that the Global LAI project team has produced so far. Please find the talk here: 2017_Beijing_GFBI. Don’t forget to look out for the journal Forest Ecosystems over the coming months. many of the high profile speakers who presented at the conference will publish the research they talked about in that journal. And actually, so will we 🙂 Pfeifer et al. In Review. Tropical forest canopies and their relationships with climate and disturbance: results from a global dataset of consistent field-based measurements. Forest Ecosystems.

And by the way: China was a great and welcoming place to travel to. Izzy was incredibly popular with the local tourists.

Several months ago, Luis has acquired hemispherical canopy pictures in forests of Peru. These data have now been analysed and added to the database. Thank you, Luis.

Jose has returned from the forests in Guyana. He will be adding canopy structure measurements acquired in 40 plots located in selectively logged forests in Central Guayana to the growing LAI database. Thank you, Jose.

Another year is gone. Almost. I advertised the Tropical Canopies Project (together with the BIOFRAG project) at two major international conferences: the EEF Congress ‘Ecology at the Interface’ in beautiful Rome (September 2015) and the RSPSoc Meeting in Southampton (September 2015). I also changed the protocol as I realise that the old one was a bit confusing in parts. And if you are in need of a sampling sheet to take to the field with you, here it is.

We are done. Hooray. So now it is time to start analysing the images to get the canopy structure information we were aiming for and pen out the many plans we have for these data. 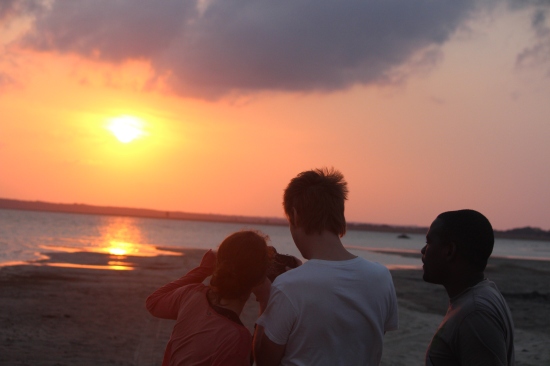 The wait is over. After five years of doing fieldwork in Africa, I finally spotted my first rhinos. Protected in a fenced reserve, they share the ever dwindling wilderness in South Africa with other beautiful creatures, including this magnificient Kudo, Bush pigs, Leopards and of course the ever so famous Buffalo.

There is always someone with a tale about buffalo encounters during fieldwork in Africa, so lets add ours to that archive. Entering through the gate in the early morning hours (we always started at 7:14 am these days) proved to be tedious despite permits being in place. But we finally managed to convince the rangers to let us pass by keeping patient and smiling (well, sort of).

The morning plots, all three of them, involved climbing and crawling through spiky thickets, but by then we were used to that hassle. The afternoon plots were far more exciting, though, and started with a buffalo versus field team stand-off. They blocked the hike to the plot, we did not surrender. Eventually they left us to it, not without giving us the evil eye though. 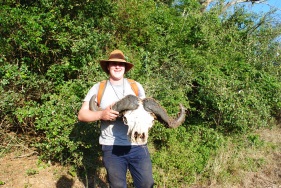 The guys kept on singing throughout that afternoon to keep the odd lonely buffalo away, and we were lucky indeed.

The coastal forests in the reserve are stunning, but the dunes very very very steep (hence the rather exhausted looking Marc recovering from a massive climb through thickets up the dune). We measured 13 plots over 2 days, a proud record. Unfortunately, there was water shortages in the camping ground at St Lucia, so we had to apply rather unusual approaching to washing our hair. Lets spare us the details. 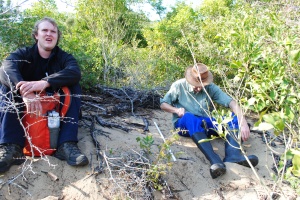 If you ever want to see a hippo at 5 meter distance ON LAND whilst drinking a beer and eating dinner in style, try the local boat club at St Lucia (thanks Marc for that beautiful evidence). You won’t be disappointed. And to prove that we are absolutely dedicated to the project, we spent the morning of the next day walking along the beach for 3 kilometers towards another plot, located of course on top of another massive dune. The beach hike was fun!

One more plot was left. And we finished the fieldwork that day, exhausted but really happy. 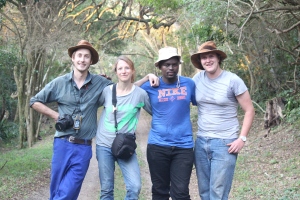 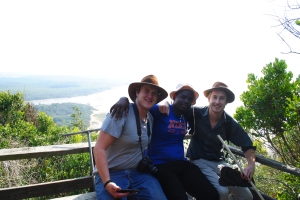 Let’s forget about the unfriendly woman pushing us away from our booked campsite, and we will only have beautiful tales to tell about Lake Kosi and the nearby forests. The first night remains my absolute favourite of the whole journey. 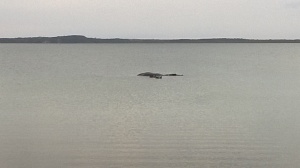 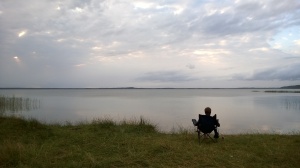 Yes, that’s right. We sat on comfy chairs lounging away a ‘leisure afternoon’, one of only few overall. Towards the evening, the lounging was further improved by drinking red wine and beer and watching the sunset over lake Kosi. We were joined by a family of cheeky three hippos yawning and watching back at us. Happy times. I got promised hippos, and here they were.

As to the dune forests. They were as beautiful as the other ones, but equally, they were just as difficult to walk through as the forests at Mabibi. 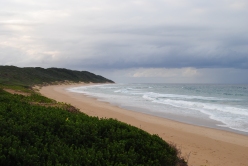 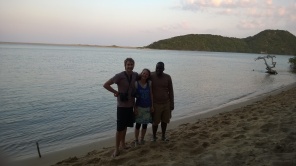 We soldiered on nevertheless, fuelled by yet another BBQ meat feast. And on the next day, we went to visit the mouth of the river famous for its crocodiles. We knew they were there, even if not visible at all. Although Marc ignored the threat on its hunt for the perfect picture of the rare African finfoot. We would have called for help, of course, would the crocodiles have snapped at him. Promised.

Mabibi beach camp was stunning and so was the beach. I could almost forget the endless minutes looking for tiny birds of certain colour that are definitely rare and need spotting. The guys take their birdwatching seriously.

The forests look stunning from afar, but the dunes are steep. We crawled through thickets, got snatched by spiky plants, and stepped on thorny Asparagus. The ultimate forest hike experience. 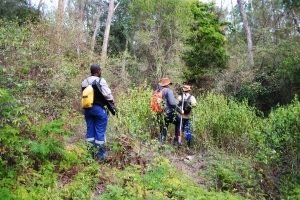 We did eventually arrive at most plots. Exhausted but ready to take the hemispherical images and soil carbon samples. 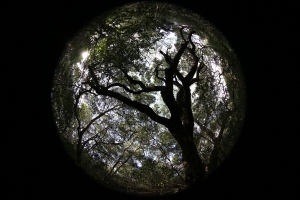 We encountered fires, used by locals to keep the grass low (so we think). And, we celebrated our achievement by watching a beautiful sunset at the lakeside trying to spot hippos and drinking the ice cold beer from the car fridge. Hoping for less harsh forest times. What little we knew. 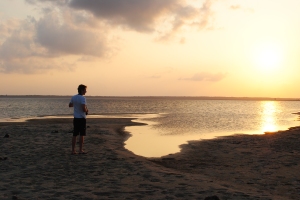 The Global LAI project – Dynamics of tropical canopies
Create a free website or blog at WordPress.com.